by The Idan Raichel Project 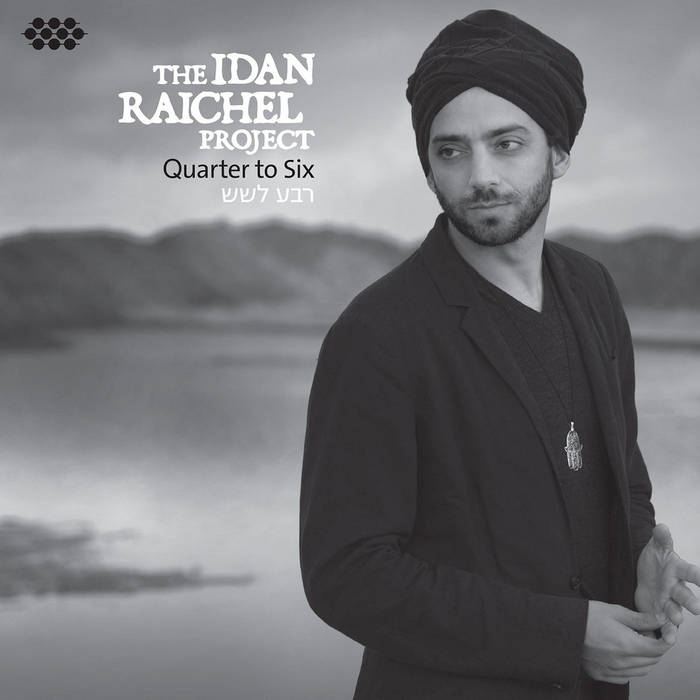 “This one-man Middle East peace accord makes music that is an ambitious celebration of multicultural diversity. The ethnic elements are cleverly rewired with modern grooves to create an ambient journey that thrillingly bridges the traditional and the modern.” – The Times (London, UK)

To say Israeli keyboardist and composer Idan Raichel has been busy since The Idan Raichel Project’s last album Within My Walls was released would be an understatement. In the past four years, Raichel has released a 3-disc live album set, written numerous songs and toured with GRAMMY winner India Arie, performed at the Nobel Peace Prize awards ceremony, co-written a song calling for racial harmony with Israeli President and Nobel Peace Prize laureate Shimon Peres, performed for President Obama and family at the Kennedy Center on Martin Luther King, Jr. Day, performed at the ceremony inaugurating the Martin Luther King, Jr. Memorial in Washington DC, sold out shows at Radio City Music Hall and other major venues worldwide, toured India, South America and Africa and released the highly praised Tel Aviv Session album with Malian guitarist Vieux Farka Touré.

In that prolific span, Idan Raichel somehow managed to find the time to create perhaps the most enchanting Idan Raichel Project album to date, Quarter To Six.

The album title Quarter To Six, is based on a quote by the influential Israeli writer/actor/singer Yossi Banai, who passed away in May 2006. In one of his works Banai describes seeing his mother staring silently out a window. With concern Banai asks if she is doing well, and his mother responds, “It feels like it is quarter to six. It’s going to be dark soon.” This deceptively simple statement resonated with Raichel who states, “This quote really affected me. It’s a way to describe the end of life. People learn to accept this time of the day, to come to terms with their life, in peace. And I thought of this moment in my life as also an interesting junction, a crossroads.” Raichel adds, “After ten years with the Project, I feel we have reached a time of change and reflection, a transition period, both musically and personally.”

While reflections on the end of life are not generally considered uplifting, the songs on Quarter to Six explore the positive aspects of personal reflection, self-analysis and acceptance that these moments of transition can provide. They comment on the emotional resonance of seeing your life as it is, and comparing it to how you dreamt it would be. “I don’t see it as depressing, when I am thinking of this moment Banai called quarter to six. I’m thinking that if the day was a lifetime, I’ve had an amazing day. When I started this day I just wanted to make music, I never dreamt I would end up where I am now.”

Musically, Quarter To Six differs from previous albums by the Idan Raichel Project by using more acoustic arrangements and a more subtle approach to the songs. The album was written in bits and pieces over the past four years and Raichel describes it as having two parts. Raichel explains, “There are sixteen songs, so you might think it’s long, but once you play it from A to Z it moves fast. I conceived of it in two parts so it would be more of a journey for the listener. It’s one CD but halfway through it takes a short break before it continues.” That pause is representative of the album’s overall theme of taking a moment for reflection.

The Idan Raichel Project has distinguished itself with adventurous collaborations with artists of different generations and cultural backgrounds and Quarter to Six includes up-and-coming Israeli singers as well as guests from around the world. “Sabe Deus (God Knows)” features the enchanting vocals of Portugal’s Ana Moura, who joins Idan in Hebrew then moves on to Portuguese to deliver the heart-wrenching, fado-flavored melody. Vieux Farka Touré, a Malian guitarist and Raichel’s partner in the acclaimed Touré-Raichel Collective, guests on the soulful “Mon Amour (My Love).” Palestinian-Israeli singer Mira Awad joins the Project on “Ana Ana wa Enta Enta (I Am What I Am)” an Arabic-language song that demonstrates how Raichel uses music to transcend political divisions.

The song “In Stiller Nacht (In A Quiet Night)” features the remarkable German counter-tenor Andreas Scholl. A number of years ago, The Idan Raichel Project was the first Israeli band to produce hit songs in Arabic and Amharic on Israeli national radio, and Raichel looks forward to this collaboration with Scholl as an opportunity to break Israeli mainstream radio’s aversion to German language songs.

Raichel has also become known for bringing attention to new Israeli talents, and he invites a number of new singers to participate on the album. The closing track “Or Ka'ze (A Light Such As This)” features a talented young Orthodox Israeli singer named Ishai Ribo who needed to get permission from his Rabbi to take part because it is generally forbidden in Orthodox tradition for a male singer to be included on an album that also includes songs performed by women.

With the release of Quarter To Six, Raichel is excited to see the reaction of listeners all over the world. “I always say that once you release an album the songs are not yours anymore,” comments Idan. “If you’re lucky enough it will become other people’s. You are the writer, you have the credit, but it’s not yours anymore, it becomes the soundtrack of other people’s lives.”

For more information or to arrange interviews, please contact:
Ryan Romana at 415-385-1784 or ryan@pressjunkiepr.com

For photos, videos and song samples visit:
www.cumbancha.com/idanraichel or www.idanraichelproject.com